The girls and I had a go at painting and decorating hard-boiled eggs
this morning. It's the school's Easter egg decorating contest tomorrow
and they are both super egg-cited! 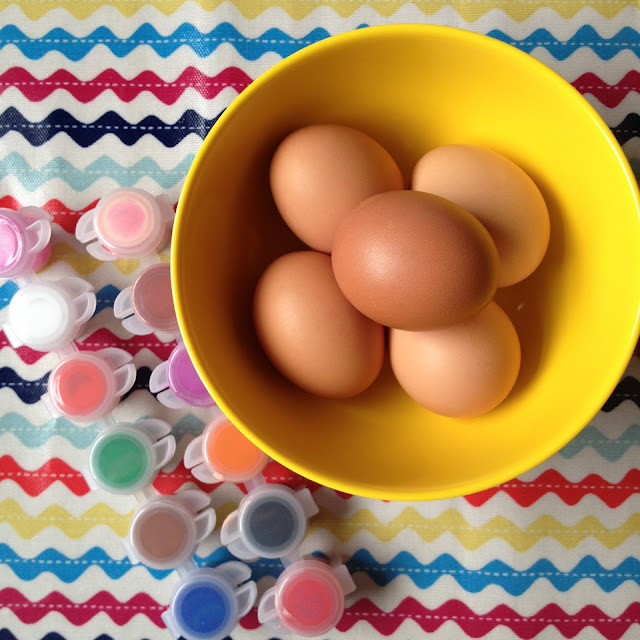 We've never painted eggs before; it was messy and very fiddly.
Lucky that we used kids' washable paint. It made cleaning those
messy little hands much easier and although we had to paint
several coats and it took ages, the colours came out all right once
they've dried. 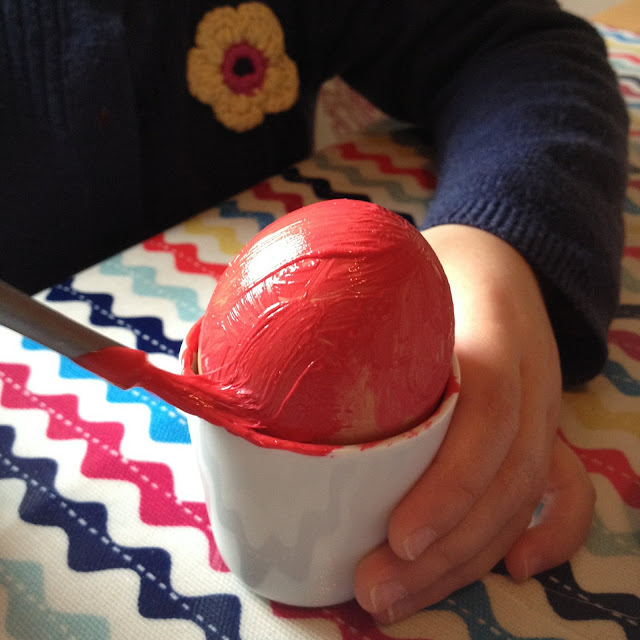 As you can see we used egg cups when we were painting. They were
very handy - the girls painted one end first and when it dried, we turned
the egg over and did the other side. 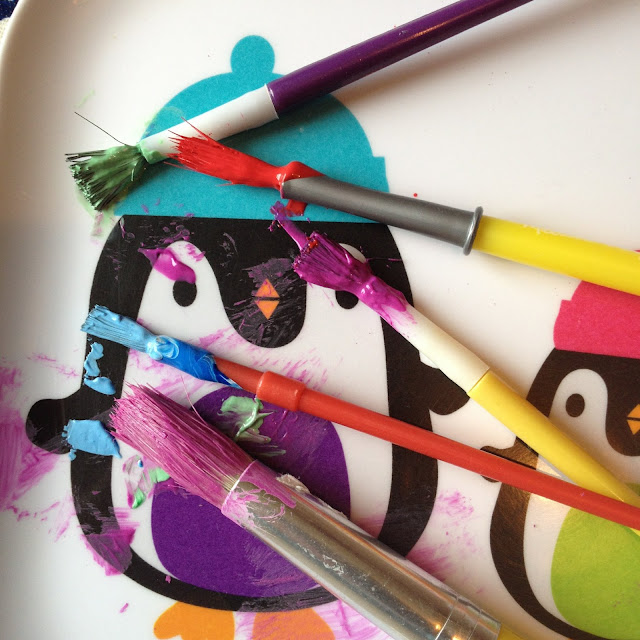 So what did we make? Well, meet Lulu's three little egg bunnies. They
have craft paper ears, googly eyes and pom-pom tails and noses. 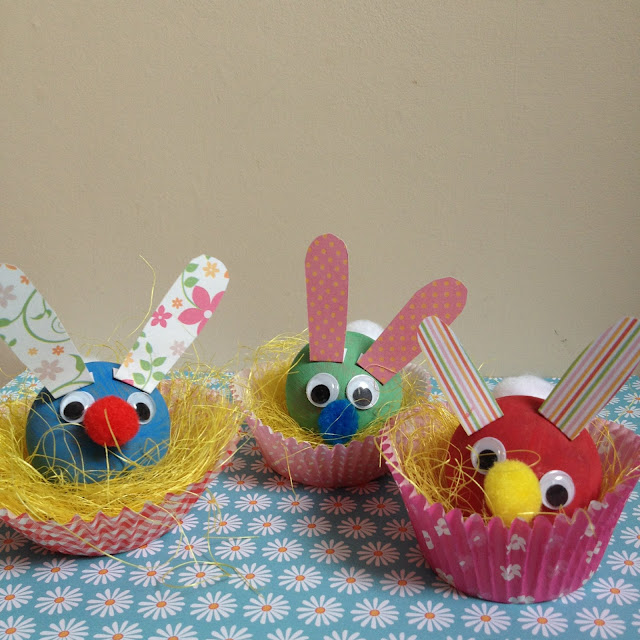 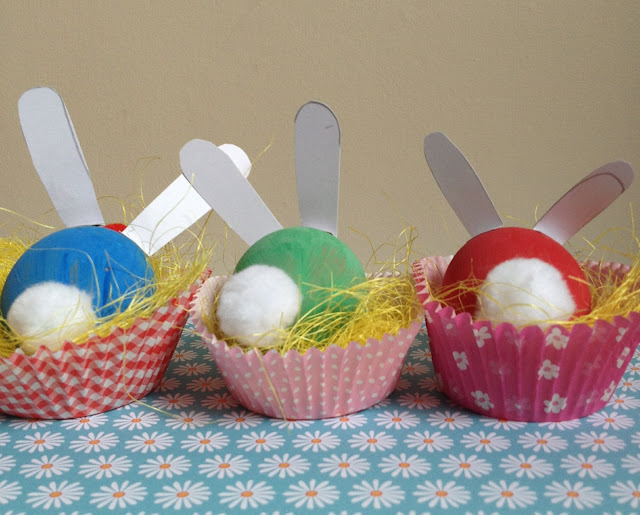 And these are Markie's butterflies. They too have googly eyes and
craft paper for their wings and like the bunnies, they have cupcake
holder beds. 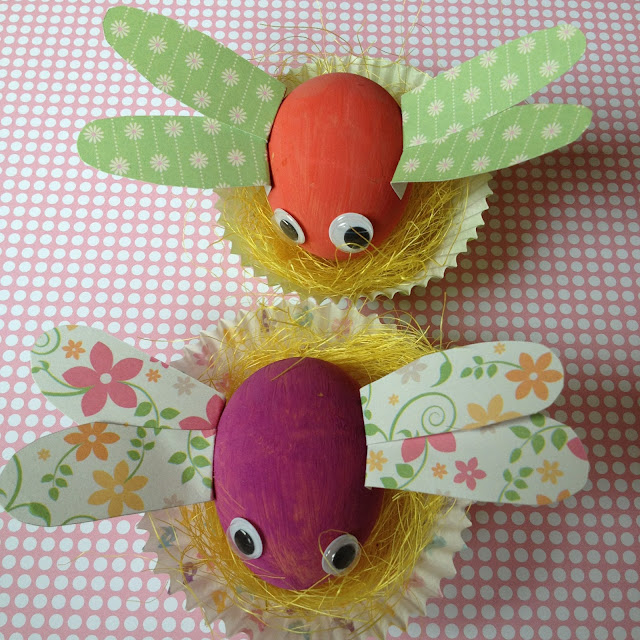 There are so many brilliant ideas for decorating eggs in Pinterest
and that's where I saw those bunnies. The butterflies are our own
little creation. We'd have tried making a ladybird too but we didn't
have any polka dot paper. Oh well, we'll try that one next year.

These were all a team effort - they painted, I made sure they covered
all the surfaces; I cut out the ears and wings, they glued them on together with the eyes, tails and noses - and we're very pleased with them all. The girls fancy themselves winning tomorrow. There will be
one winner per class including nursery and the prize is a giant
chocolate egg. If it's up to me they'll both win because they did an
egg-cellent job (sorry!). Those bunny tails should earn extra points
just for cuteness! But, of course, I'm biased. We'll have to wait
and see tomorrow. Wish them luck! 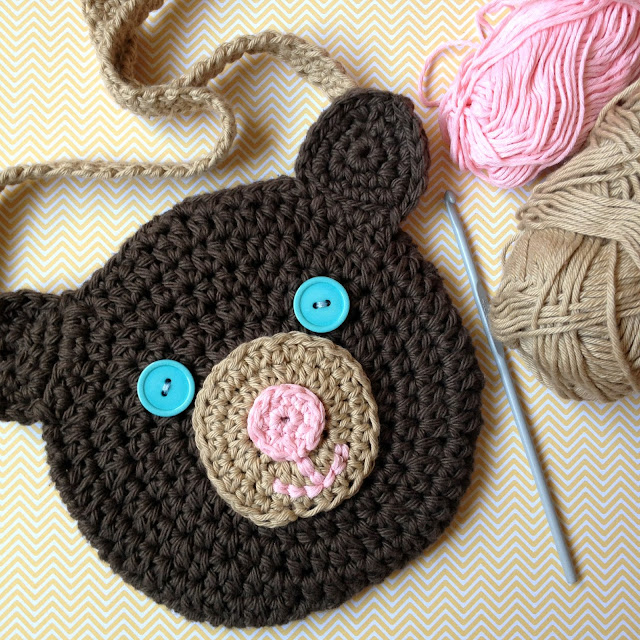